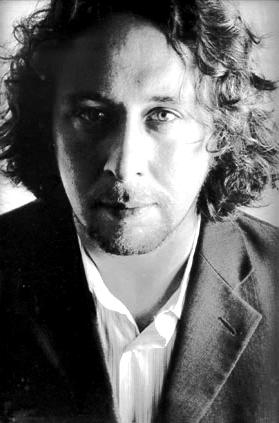 WHEN the sun stopped shining quite as brightly for his old band Rob Cohen decided to do something for himself. The result was a flurry of solo activity behind closed doors, an eclectic album, and another one on it’s way and a new genre of music he has branded as “Mufty”. Few musicians would be brave enough to claim to have devised a whole new style of music.

But for former ‘Indian Rope Trick’ activist Rob Cohen there seems to have been little else for it, so varied is the nature of his debut album. The beginnings of ‘Written In The Sky’ lie in Cornwall where Cohen had gone to catch the eclipse, ‘Honeybees & Butterflies’, for example, was penned outside a tent and is presented in its raw form.

“I don’t think I really set out to do anything specific apart from try and break the mold,” says the Sheffielder, who attempts to sum it up as ‘Jazz Bass Acoustic Grunge Psychedelic Classical Industrial Hip Hop Pop,’ “There’s no agenda, just discovery. I am searching for a new pigeonhole and I think I am finding it! Remember the Baggy Scene and the Trip Hop Scene and the Grunge Scene…. Well I am starting the Mufty Scene. There is only me in it at the moment, but hopefully in years to come maybe I will be seen as The Godfather Of Mufty.”

If Cohen’s first long play outing is anything to go by Mufty is not an easy style to define. “I suppose because I listen to so many different styles of music, from Rap to Classical and Grunge and Indie and most styles in between I didn’t want to get trapped in that thing that most bands get trapped in where you are either a funk band or Indie or Glam or Whatever, restrictions are terrible and I think you end up writing in a paint by numbers kind of way.”

“Things seem so tame these days within the music industry, I think something needs to happen. Everyone has been harping on about this Millennium, but nothings really kicked in yet, that is really groundbreaking. The movie industry is fresh at the moment with boundaries being broke all the time, the same thing needs to happen in the music industry. Underground is where it will come from but when?” interview by David Dunn