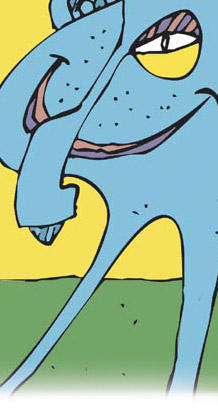 Rob Cohen | Shatner’s and beyond

Rob Cohen, started his musical and artistic career at the age of 14 with long time friend and musical partner, Steve Audus – they started out doing strange Lo-Fi music before even the phrase existed under the guise “Junkie Bunny” during this time, they both went on a long roller coaster ride and musical journey above and beyond the call of duty, recording their first album which consisted of 40 songs and was released on a 90 minute tape (remember tapes?) and was possibly the longest album ever recorded.

Cohen, went on to join “Fools Club” supporting the likes of Dodgy, Carter the Unstoppable Sex Machine and along with many local acts of the time, with their brand of nirvana-esq angst rock, this led onto working for a number of years alongside Paul Young, Sebastian Scofield, Nick Cooper, Bruce Kinnaird Scott and Max Smith in the wonderfully manic pop band “Marmalade Sun” during this time Rob cut his teeth learning the craft of songwriting and hundreds of gigs across the country, supporting Sleeper, The Longpigs, The Candy Skins and Sheffield favorites Various Vegetables to name a few.

Recently, Rob Cohen has been working with Jody Wildgoose on a new project called “WildCohen” and they have now released a debut album of material called “#BloochyKoo” which is about the spiritual mother of all universes, and is out now, on Spoonjuice Records. CLICK HERE to visit their main site.