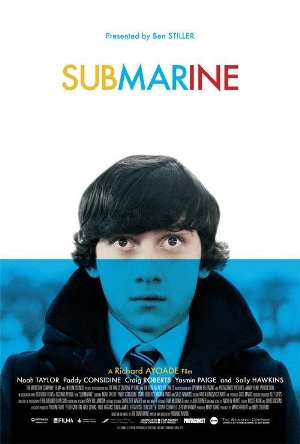 Been wanting to watch Submarine for a while now, and eventually got round to watching it on DVD today, the initial thing that attracted me to watching this was mainly Paddy Considine was in it, Richard Ayoade from the IT Crowd directing it and the soundtrack by Alex Turner, and it didn’t disappoint, although it was quite strange in places, it definately got across the awkwardness of being a teenager, with some very funny moments, and with some very nice video editing and shots, it reminded me of other films I have seen in a similar genre, and also reminded me of Nighty Night which is one of my favourite comedy programmes from the late 90s, so all in all, I would say, it definately worth watching, and I would probably watch it again as Paddy Considine was well entertaining and the Soundtrack by Alex Turner is my favourite thing he has wrote both lyrically and musically and good to see him trying out abit of a different direction it reminded me of the white album in places which is not a bad thing, and there we’re some really nice melodies and wordplay that worked brilliantly with the visuals of the film, so overall I shall look forward to next Richard Ayoade film, whatever that maybe.